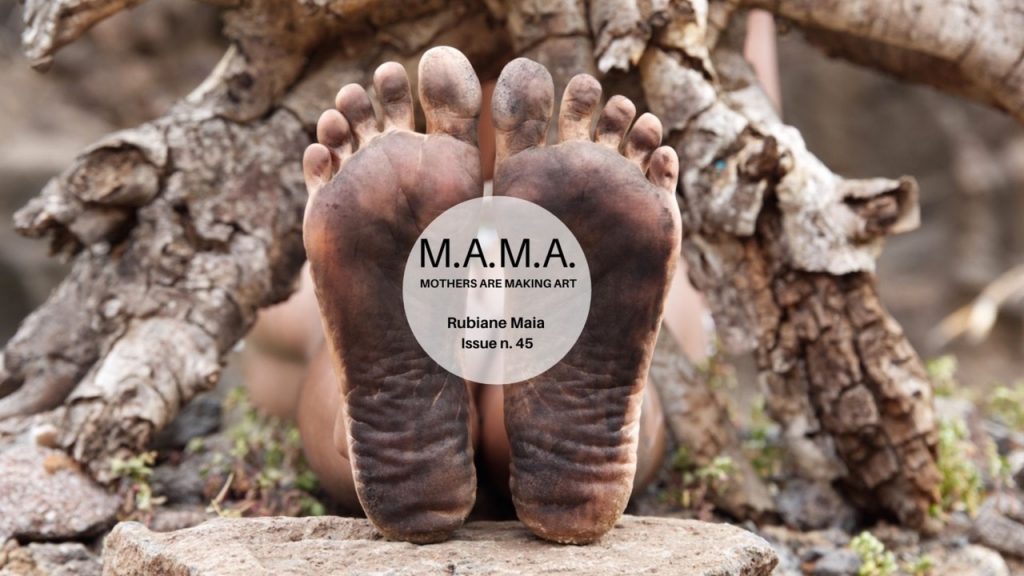 Procreate Project, the Museum of Motherhood and the Mom Egg Review are pleased to announce the 45th edition of this scholarly discourse. Literature intersects with art to explore the wonder and the challenges of motherhood. Using words and art to connect new pathways between the academic, the para-academic, the digital and the real, as well as the everyday: wherever you live, work and play, the Art of Motherhood is made manifest. #JoinMAMA #artandmotherhood

For the last three years, I have been investigating the concept of memory and its resonances in our way of existing. More specifically, focusing on the philosophy of Time proposed by Henri Bergson, which affirms memory as duration. In other words, it deals in depth with the subjective time that implies the continuous relationship between our consciousness and the world. This means that our consciousness (which is also memory) is not linear, as it is constituted on the indivisibility of past and present. In Bergson’s words, ‘duration is the continuous progress of the past that gnaws the future and swells as it progresses’. In my opinion, this sentence precisely confirms the hypothesis that memory cannot be configured as a drawer where remembrances are saved, because as the past is preserved by itself as a virtuality that coexists with us, it accompanies us entirely: each one of us is the condensation of the history lived since birth – and even before it.

This notion that the past is a vital force that moves incessantly, coexisting and actualising itself through our bodies continuously has been a fundamental aspect in my current artistic production. I am particularly interested in the concept that the moment a memory is actualised through an action, it ceases to be a memory, becoming perception again. In this sense, the body becomes the device that launches us towards any future. In summary, consciousness is memory. Memory is duration. Duration is a continuous flow. This moving force is what unites the material and spiritual world. On the other hand, if we point these concepts in the direction of Indigenous Cosmologies, none of this is new. However, as we were born and grew up in a westernised world with numerous layers of violence and oppression, we are used to see the hegemonic perspective. Decolonizing memories takes a lot of effort. Effort to escape from the comfortable place of rationality. Effort to regain the vital impulse of the body that acts, that resignifies, that reorganizes time and life. 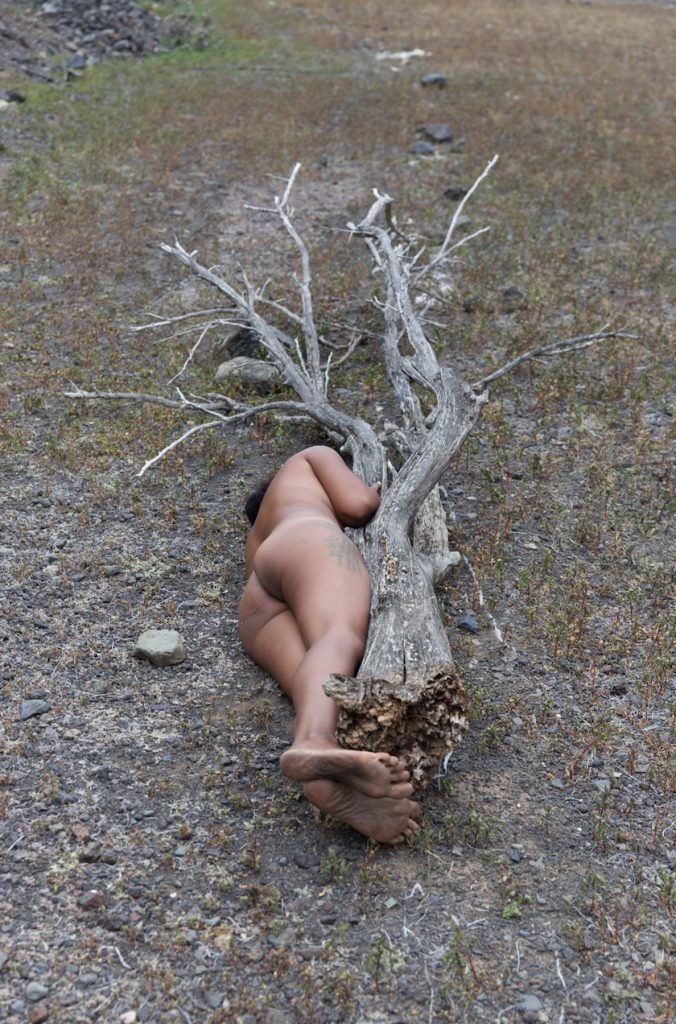 our bodies inhabit landscapes
even on mainland,
we follow the speed of the fish
arms take the form of dorsal fins
legs, tails
we are submerged,
drunk with salt water, contradictions and algorithms
our scaly skin burns, stings
it is true that not all parts of the body fit together – –
becoming-creature, becoming-noise, becoming-mud
the ocean is full of mythologies
hybrid beings,
bird fishes, jellyfishes, hammerhead sharks
in the middle east,
mermaids are goddesses of the sea, of vegetation and rain – –
they smell of dew
in some places in Africa,
they are stormy forces that mobilize the energy of creation
Mameto – Dandá – Kianda – –
Dandalunda, mãe-d’água, Odoyá!

More art and words by Rubaine Maya at ProCreate Project

Rubiane Maia is a Brazilian visual artist based between Folkestone, UK and Vitoria, Brazil. She completed a degree in Visual Arts and a Master degree in Institutional Psychology at Federal University of Espírito Santo, Brazil. Her artwork is an hybrid practice across performance, video, installation and text, occasionally flirting with drawing and collage. She is attracted by states of synergy, encompassing the invisible relationships of affect and flux, and investigates the body in order to amplify the possibilities of perception beyond the habitual. By doing so, she is constantly re-elaborating her personal notion of existential territories (spatial, temporal, cognitive, social and political). More recently, she has been researching the concept of memory and its relationship with language and the phenomena of incorporation [embodiment], often making use of personal narratives as a device for action and resilience.

In 2014/15 she received a scholarship at the Atelier in Visual Arts of the Secretary of Culture of Espírito Santo, she launched the book ‘Self Portrait in Footnotes’ and participated in the exhibition ‘Modos de Usar’ at the Museu de Arte of Espírito Santo. In 2015, she took part at the workshop ‘Cleaning the House’ with Marina Abramovic and participated at the exhibition ‘Terra Comunal – Marina Abramovic + MAI’, at SESC Pompéia, São Paulo with the long durational performance ‘The Garden’ (2 months). In the same year, she produced her first short film ‘EVO’ that premiered at the 26th Festival Internacional de São Paulo and 22nd Festival de Cinema de Vitória. In 2016, she worked on the project titled ‘Preparation for Aerial Exercise, the Desert and the Mountain’ which required her to travel to high landscapes of Uyuni (Bolivia), Pico da Bandeira (Espírito Santo/Minas Gerais, BRA) and Monte Roraima (Roraima, BRA/Santa Helena de Uyarén, VEN). In the same year she completed her second short film titled ‘ÁDITO’. Since 2018 she has been working on the creation of a ‘Book-Performance’, a series of actions devised in response to specific autobiographical texts particularly influenced by personal experiences of racism and misogyny.