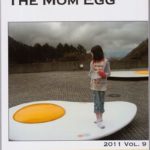 i squandered my motherhood
mistaking it for my youth
believing that because i
was sixteen or twenty or
thirty i was entitled to
indulge in the activities of
youth.
scholarship, art, drinking,
unbridled sex.
dragging my children along
as if they were accessories
like pocketbooks
instead of easily bruised fruit
to be guarded from danger
tended like gardens
raised to be guardians
of the future
of their own futures

i rushed into adulthood
as if it were the answer
instead of the quest.
and therefore i lost
my opportunity to grow
into being grown
up – until my own
children were nearly
grown themselves.
they grew like weeds – no
nurturing, no watering.
they are not weeds.
my children are
wildflowers.
i am their mother
however nonchalant
i may have been.

A heavy wreath of fatigue
rings her head—the baby
has foresworn sleep,

bruises smudging skin.
It’s 4 a.m.—for the moment
all sleep save her.

She rubs the crusted
rinds of her eyes, weighing
the worth of an hour’s

pinioned to the couch,
sleep’s hot breath
a luminous psalm. 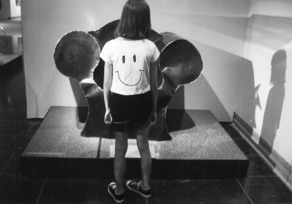 I was fascinated with the cigarette lighter in our station wagon. Push it in and wait for the moment when it popped back out and the orange circle was hot enough to start a fire. It seemed to make sense to use the cigarette lighter rather than try to strike a match while driving with trembling hands. My mother lights up her cigarette and inhales deeply as Karen Carpenter serenades us with her silky voice. “Why do people smoke?” I ask from the backseat of our station wagon. Not in an accusatory, judgmental way that people sometimes ask these type of questions, but in an innocent, curious way that seven year olds ask when they really wonder about things. I had no hidden agenda with my mother and her smoking. This was before children knew they should guilt their parents into quitting because of second hand smoke and the effects on their lungs. I was a thinker and always wanted to know the reason behind everything.

I had a babysitter sitter once, Veronica, Ronny for short, who smacked me hard across the face because I asked her why too many times. Then she put me in solitary confinement for the rest of the day. I sat in the middle of an empty room with the door closed for hours.

My mother glanced at me in the rearview mirror as she gave me her one word reply, “Nerves”. She said it so matter of fact, like I was supposed to know what it meant. Ahh, nerves, I say in wonderment to myself. I had no idea what nerves were, but apparently it was something that adults get. It sounded so mysterious, and slightly bad, not something you really wanted but had to deal with, like your period or the IRS. I wondered if nerves were the reason she never smiled or played with us. I wondered at what age I would get them.