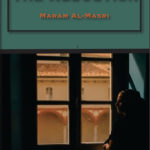 The Abduction refers to an autobiographical event in Maram Al-Masri’s life. When, as a young Arab woman living in France, she decides to separate from her husband with whom she has a child, the father kidnaps the baby and returns to Syria. Al-Masri won’t see her son for thirteen years. This is the story of a woman denied the basic right to raise her child. These are haunting, spellbinding poems of love, despair, and hope, a delicate, profound and powerful book on intimacy, a mother’s rights, war, exile, and freedom. Maram Al-Masri embodies the voice of all parents, who one day, for whatever the reason, have been forcibly separated from their loved ones. She writes about the status of women, seeking to reconcile her role as a mother with her writing work. The terrible war that has devastated her native country since 2011 has painfully affected her.

O human brothers
O world
I had a child
I hid him in my belly
He shared my body
I nourished him with my blood
I shared my dreams with him
I sang for him, he smiled
I carried him, he stopped crying

He was torn him from my arms
I stopped singing

but since you were kidnapped
war rages within me

If I smile while you’re away

Translator’s Statement
I selected Maram Al-Masri’s work because her unique, authentic and healing voice is desperately needed in light of the horrendous wars ravaging Syria and the devastating plight of its refugees worldwide.

I discovered Maram when I read and translated Gabriel Arnou-Laujeac’s Plus loin qu’ailleurs, for which she wrote the superb French introduction. I fell in love with her lyrical poetry and Gabriel put us in touch. I met her in Paris and have been working closely with her. She wrote the original in Arabic and French, so we’ve been able to discuss all the nuances.

As a translator I see myself as intermediary, technician, and alchemist working between languages to create inspired texts spanning cultural differences, geographic distances, and time. What I strive for is to capture the essence of the poem while remaining as close as possible to it, knowing that I’m creating a new piece at the same time. My goal is to transcend the original and give it its own voice in English. Translation is also a love affair. When you understand and know other cultures, you don’t fear the other. There is no other. Translation is necessary to know oneself – to know where one comes from.

Every language is a key into the psyche of its people. I couldn’t agree more with Anne Michaels when she writes, “Translation is a kind of transubstantiation; one poem becomes another.” Translation is a craft. It is also an inspired act, a negotiation. To quote Henry James, “We work in the dark,” from that intuitive place. It becomes an act of revelation, the ultimate act of sympathy.”