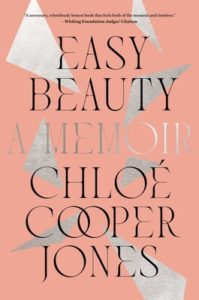 Popular culture flattens the lives of disabled people beyond caricature, reducing the complexity of lived existence to a simplistic narrative that either wallows in pain and exploitation or relies on sports cliches of odds-defiance and triumph in the face of adversity.

The tendency to flatten the lived experiences of people with disabilities is well known.  As James C. Wilson and Cynthia Lewiecki-Wilson write in Disability, Rhetoric and the Body,

[When] Americans think, talk and write about disability, they usually consider it as a tragedy, illness or defect … that is as personal and accidental, before or without sociopolitical significance (2).

It is also so widely accepted as to be commonplace. Rather than examining assumptions that distinguish normal and abnormal, the dominant American cultural narrative stigmatizes some individuals as abnormal in an otherwise normal world. This misrepresents or erases the voices of real, living individuals that do not classify neatly as “normal.”

In her memoir, Easy Beauty, Chloe Cooper Jones deepens the narratives surrounding her body; a body with a congenital disability, who also happens to be a mother/scholar living in Brooklyn. Cooper Jones is a journalist, sports and travel writer, and philosophy professor with two PhDs. Born with sacral agenesis, Cooper Jones does not have a sacrum and her hips are out of alignment. She continuously experiences pain. Amidst the gaze of others, who respond to her with remarks of pity and insensitivity, she has an unusual gait and small stature.

When her book begins, Cooper Jones is at a bar. With self-deprecating humor, she details a conversation among colleagues that she has heard all too often:

Colin…an ethical philosopher…argues for a vision for a better society, one where a body like mine would not exist. The men debate this theory, speaking through me. This is common… the argument and the way I’m forgotten in it…The men bicker over … my unfortunate birth (1, 2).

By humanizing a routine experience of verbal dehumanization, Cooper Jones undergoes a rupture of perspective that prompts her to leave Brooklyn to travel. Without her husband Andrew and son Wolfgang, she lands in Rome. Her inward work while traveling to various locations constitute the payoffs of the memoir, as Cooper Jones crystallizes experiences into nuggets of wisdom. She communicates nuanced experiences of disability, motherhood, and beauty in unpretentious and non-academic writing that will be accessible to all readers.

On one trip, Cooper Jones covers a match of Roger Federer for GQ. She reflects on her own gaze:

I observe Federer in a trance…his movements pure, efficient…when people look at him, they saw a capacity… when they look at me, they saw a lack…then the ball arrives…Federer lifts his body in the air, turning effortlessly…when I return my attention inward…my irritability is gone.

The memoir intensifies as Cooper Jones transcends the invisibility she has experienced all of her life. The reader is compelled by her fierceness, her specific concept of winning, and her personal agency. Her turn outward to attention on aesthetic beauty in moments when she is personally struggling persuades the reader to unify with Cooper Jones. We experience just how much she loves to live.

Throughout, the motif of motherhood returns to the long held belief that Cooper Jones would never be able to carry a baby. This implication forces the reader to confront underlying presuppositions regarding women’s bodies.

Cooper Jones illustrates how, broadly construed, motherhood is conflated with able-bodiedness, able minds, health, and normalized standards of beauty. Even the most enlightened reader will reflexively observe engrained assumptions regarding marriage, sex and disability as Cooper Jones writes:

I saw people cringe when I mentioned a crush or joined my girlfriends in lusting over a celebrity. I was neither expected to date nor marry.

Yet ever-present is her love for individuals in her life who respond to her as a complex human, not a pretext of expectations. Andrew perceives her as an agent capable of growth. He responds to her traveling as such:

I knew you were on your way toward the person you wanted to be, and you’d get there if I just let you get there.

Perhaps their relationship offers an alternative narrative to the dominant assumptions surrounding disability and motherhood. It’s a microcosm in the macrocosm. Cooper Jones shows that if we can let people write the stories of their own lives, of their own beauty, then we open stories of triumph and disability to become something else. Which is to say, Cooper Jones shows how actual beauty is revealed by stories that expand and surprise, rather than fix, solidify, or reinscribe.

Abby Orenstein Ash is a Teaching Assistant Professor in the Writing Program at Thomas Jefferson University in Philadelphia, where she lives with her husband and two children. She received her PhD in Rhetoric from Temple University.