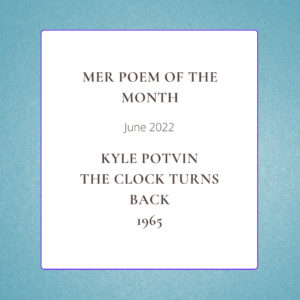 The Clock Turns Back

Birth mother, my first mother.
Small, startled breaths.
How did you learn
you were pregnant?

In the cruel November air,
did you pray, hand on womb,
dread pounding
your unmarried body?

Did you hear that year the death list of Washington women included1:

This was popular:
a rubber catheter attached
to a straightened wire coat hanger.

Birth Mother,
as a young woman, I carried
a sign to the Mall, “We Won’t Go Back.”

Finger on the slim spoke of the clock.
Watch it roughly pushed
back. An hour,
a decade. Three.

Once there was a lively woman-girl
who could have done any thing.
Then there was not.

I would have understood
if you’d made a different choice.

1 Elisabeth Stevens, ”When abortion was illegal: A 1966 Post series revealed how women got them anyway,” The Washington Post, June 9, 2019. 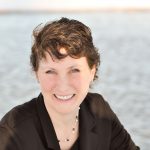 Poem/Story of the Month